Our mission is to provide all coaches and teams with affordable access to professionally-built movement screen and corrective exercise programming. 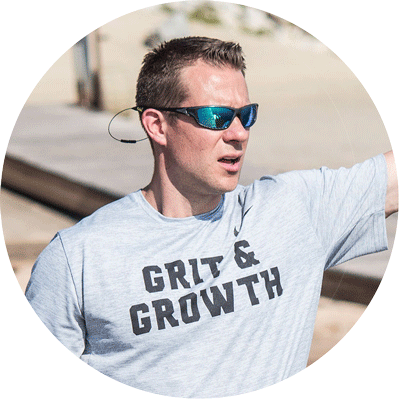 In his fourth season as Clemson’s Director of Basketball Strength & Conditioning, Head Coach Brad Brownell hired Mike Bewley to advance the Tigers’ efforts in the weight room prior to the 2016-17 season. That decision came to fruition when the Tigers advanced to 2018 Sweet 16 after being picked second to last to finish in the ACC; capping only the fourth time in school history the Tigers made a Sweet 16 appearance.

Prior to his Clemson tenure, Bewley was Assistant Director of Strength & Conditioning for the Yellow Jackets from 2012-16, helping Georgia Tech to the quarterfinals of the National Invitation Tournament (NIT) in March 2016. In four seasons, he was charged with implementing athletic performance and sports nutrition programs for Georgia Tech men’s basketball and men’s tennis.

Prior to his appointment in Atlanta, Bewley was the Head Strength & Conditioning Coach for Basketball & Golf at the University of Dayton from 2005-12. During his tenure, Bewley helped the Flyers men’s basketball team captured an NCAA Tournament Appearance to the Round of 32 (2009) and an NIT National Championship (2010). In the same period, the women’s team seized an A-10 Conference Tournament Championship (2012), three NCAA Tournament Appearances (2010, 2011, 2012) with one advancing to the Round of 32 (2010).

Before his tenure with the Flyers, Bewley spent 2002-06 as an Assistant Strength & Conditioning Coach and Specialist in Sports Nutrition at Georgia Southern University. He developed and implemented athletic performance programs for baseball, basketball, soccer, and volleyball while in Statesboro.

Bewley is a 1998 graduate of Eastern Kentucky University, earning a bachelor’s degree in physical education. Bewley earned a master’s degree in educational leadership as a graduate assistant strength & conditioning coach at the University of Nevada.

Originally from Louisville, Ky., Bewley is the creator and founder of the Dynamic Warmup Movement Assessment (DWMA), which allows coaches to perform a movement in the same time it takes to do a dynamic warmup. Bewley is also the president and founder of Critical Reload, a nutritional consulting and nutritional product company created to safely assist athletes with gaps in their nutrition.

The DWMA Advisory Board is comprised of industry experts who oversee DWMA's revolutionary functional movement screen test solutions for athletes and teams. The Advisory Board ensures that DWMA dynamic warm up exercises are backed by the latest science and research, utilizing only the safest and most effective training methods.

Dr. Mike Martino is a Full Professor and Coordinator of the Exercise Science Program at Georgia College in Milledgeville.  He currently serves as a strength & conditioning consultant for all Bobcat varsity sports and is co-owner of Bodyplex Fitness of Milledgeville. Bodyplex is a 38,000 square foot facility with personal training services, group fitness, small group training, boot camps, performance programming, and nutrition education.

He has served as the NSCA Georgia State Director from 2003 to 2009 and the Southeast Regional Coordinator from 2006 to 2013. In addition, he had leadership roles as the Chair and Vice Chair on the Executive Committee for the State/Provincial Director Committee from 2010 to 2013.

He was a scholarship athlete at Furman University in swimming and went on to serve as a USA National Team Swimming Coach from 1990 to 2000 and was a member of the 1992 and 1996 Olympic Advisory Coaching Staff in Barcelona and Atlanta. He has presented around the world on numerous topics associated with human performance and physiology.

Dr. Brent Myers is a Chiropractic Physician as well as a Certified Chiropractic Sports Physician in Asheville, North Carolina. Dr. Myers is originally from Northeastern Ohio where he received an undergraduate degree from the University of Akron in Fire Science. He attended Logan College of Chiropractic in St. Louis Missouri, where he focused on movement analysis and soft tissue management in relation to chiropractic care.

Jennifer Novak, CSCS, MATcs, is the owner and chief strategist at PEAK Symmetry. A seasoned veteran in the strength and conditioning and exercise industries, Jennifer has worked in athletic clubs and healthcare institutions for more than 20 years. Within the last decade, she has taught weight training and aerobic conditioning courses at a local university have joined a chiropractic practice specializing in human performance, works with professional, elite, and masters athletes, and consults at high school and collegiate training facilities to support strength coaches and athletic trainers with her unique skills. She is designated as a certified strength and conditioning specialist through the NSCA and a Master’s Degree in Kinesiology. Jennifer Novak’s extensive knowledge and professional experience ensure DWMA’s revolutionary corrective exercise training solutions for athletes and teams are safe and effective.

A native of Pandora, Ohio, Lisa’s professional career stops include Kennesaw State University (2011-2016 ) where she worked with volleyball, softball and helped to oversee track and field.  After serving two years as a graduate assistant at the University of Dayton, Lisa was hired by the Flyers as a full-time athletic trainer (2010-2011). Lisa obtained her undergraduate degree in athletic training from Urbana University where she played volleyball for the Blue Knights. Lisa is currently working as a full-time stay at home mom and part-time with DWMA. Lisa’s prior collegiate experience as an athletic trainer ensures DWMA’s revolutionary corrective exercise training solutions for athletes and teams are safe and effective.

Join hundreds of satisfied coaches and more than 25,000 athletes.

DWMA is a web-enhanced course that teaches coaches, educators, and the military how to transform a dynamic warm-up routine into a functional movement system for an entire team at once, without decreasing training time.​